We would like to offer our sincere support to anyone coping with grief. Enter your email below for our complimentary daily grief messages. Messages run for up to one year and you can stop at any time. Your email will not be used for any other purpose.

Share a memory
Obituary & Services
Tribute Wall
Read more about the life story of Kenneth "Chad" and share your memory.

Dr. Kenneth "Chad" Chadwick Sockwell, passed away unexpectedly on May 18, 2022 in Denver ,CO.

Chad was born April 30, 1991 in Jacksonville, FL. He resided in Albuquerque, NM.

He is survived by his mother and step-father, Jennifer Sockwell and Phillip Coale, Florida,

Chad received his double bachelor’s degrees in computational science and physics from Florida State University in 2015.

Chad was a physicist, applied mathematician and senior member technical staff at Sandia National Laboratory in Albuquerque, New Mexico. He was a Ph.D. graduate in 2019 from the Department of Scientific Computing at Florida State University and was also a SCGSR awardee/intern at Los Alamos National Laboratory in New Mexico.His advisors were Dr. Max Gunzburger & Dr. Janet Peterson, Florida State University.

Chad collected friends, as one would flowers. So, if you see a dandelion poking through to reach the sun, pluck it, make a wish and may all your dreams come true.

Chad was a big believer in serendipity- the occurrence and development of events by chance in a happy and beneficial way.

Charitable donations in Chad’s honor, may be made to the Make A Wish Foundation.

A Celebration of Life will follow at a later date.

To send flowers to the family or plant a tree in memory of Kenneth "Chad" Chadwick Sockwell, please visit our floral store. 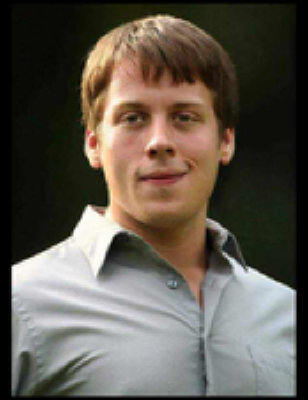 In Loving Memory Of

Look inside to read what others
have shared
Family and friends are coming together online to create a special keepsake. Every memory left on the online obituary will be automatically included in the book.

In Loving Memory Of

Look inside to read what others have shared

Family and friends are coming together online to create a special keepsake. Every memory left on the online obituary will be automatically included in the book.

You can still show your support by sending flowers directly to the family, or by planting a memorial tree in the memory of Kenneth "Chad" Chadwick Sockwell